Bernie Prints Raise Over $1,000 in Donations 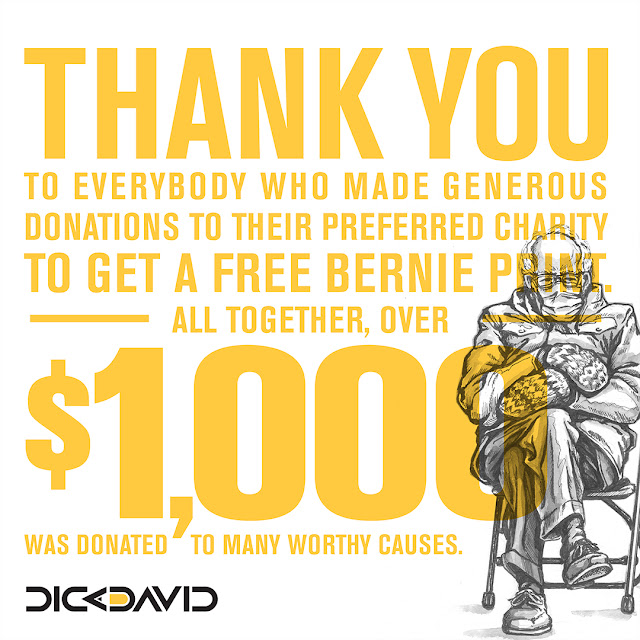 Taking a little break from #robots, I thought I would try and make a quick rendering of the—Photoshopped, meme-famous—shot of Bernie Sanders @berniesanders taken by Brendan Smialowski @bsmialowski - photojournalist for Agence France-Press (AFP). 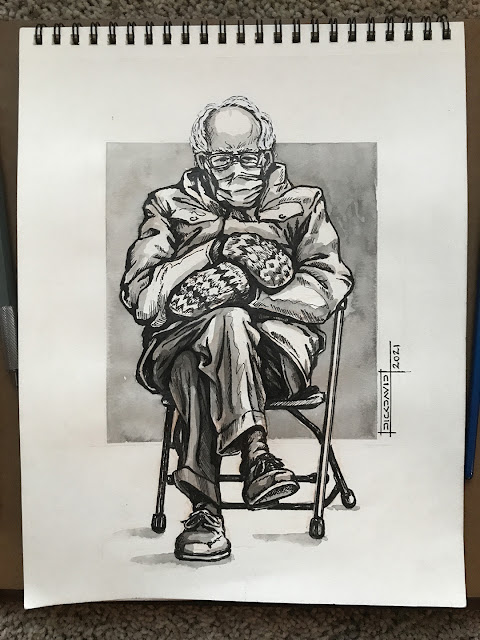 A few folks had expressed an interest in buying a copy of my Bernie sketch, but I didn't feel right profiting from a sketch that references somebody else's IP, So, I did the next best thing. In the spirit of what Bernie is doing, using that image for charity, I did the same.
I offered a FREE printout to anyone who made a NEW donation to their favorite charity/cause of, at least, $10 which must have been posted after January 31, 2021. They would then, reach out to me, via email with their proof of donation and shipping address, and I would ship them a copy. 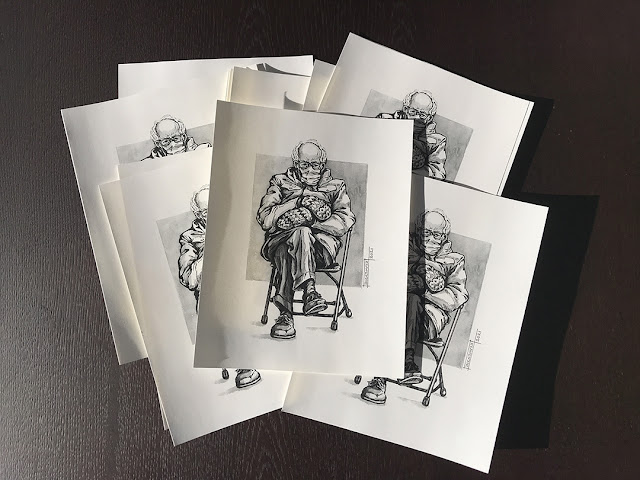 I was overwhelmed by the response, when several folks made generous donations to their preferred charity. All together, over $1,000 was donated to many worthy causes, which include: Friends of Shiloh Garden, BikeDFW, Moms Demand Action, Saving Hope Animal Rescue, Girl Scouts of America, Chicago’s Brave Space Alliance, Canadian Red Cross, Genesis Woman’s Shelter, GiGi's Playhouse, Down Syndrome Achievement Centers, Bike Friendly South Dallas and KXT radio.
Printouts were sent to: 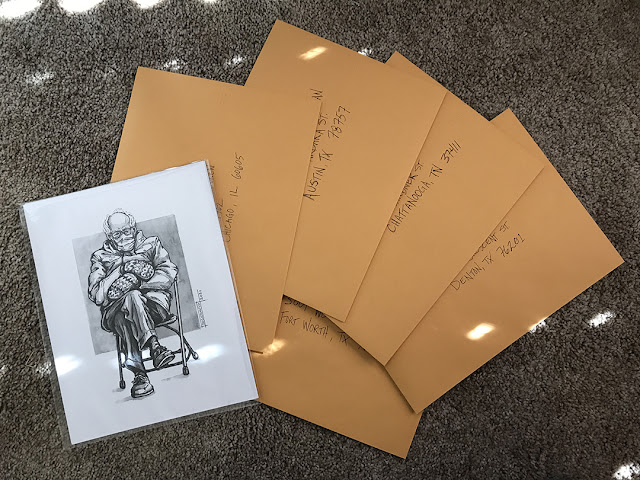