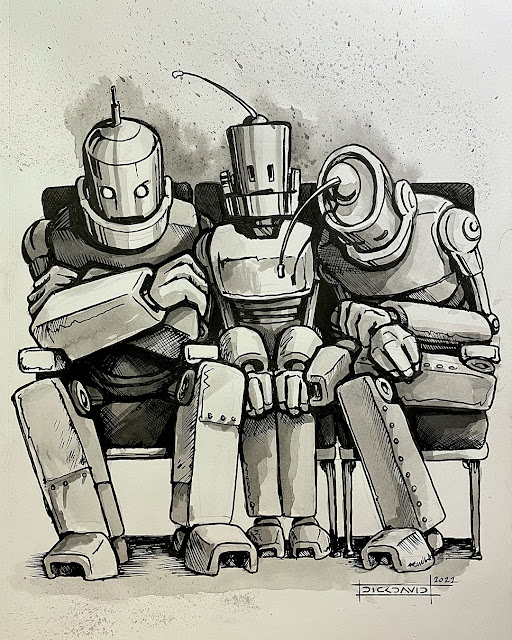 I've had trouble finding time (and inspiration) to get much work done this time of year. I did manage to knock out some commissions and a few birthday bots.

Some of these happened right in the middle of March of Robots, so they kind of got over-shadowed by other work.

Here are some birthday bots. 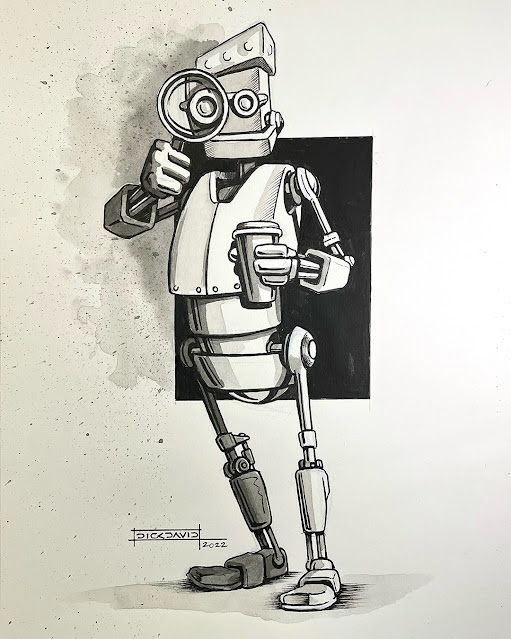 First, I gave a Happy Birthday wish to Brian Dedering - Creative Director at LAUNCH Agency. I’ve worked with Brian for over a year, and respect him as a valuable member of our agency. His top-level creative thinking and attention to detail is rare, and welcomed in this industry.

Brian was OVERDUE for a #birthdaybot because his birthday fell right at the end of March of Robots, last year and I didn’t know much about him. Brian has a super impressive resumé with experience in lots of well known agencies. He comes from the midwest, but his work has taken him across the country and even Budapest. I decided to draw him as a mid-west polite, Creative Director Bot—spending his time sipping a coffee and paying attention to all the details. 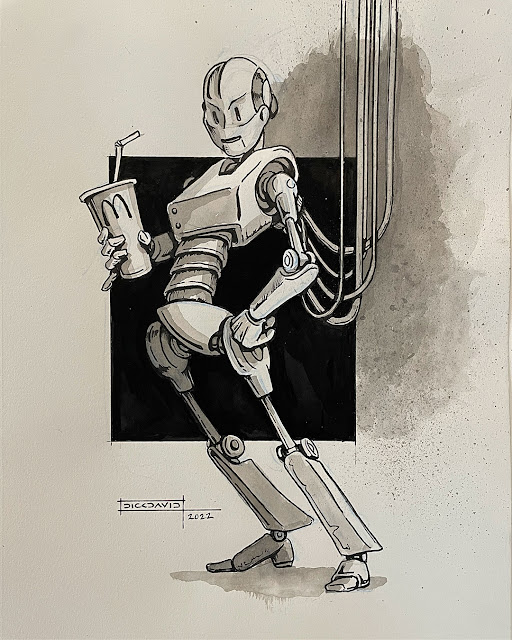 Next was Megan Robertson’s birthday. She's an Account Executive at LAUNCH and I respect her as a valuable member of our agency. She’s one of the many client facing team members who keep the work organized and the creative team happy.

Megan was also OVERDUE for a #birthdaybot because her birthday fell right in the middle of March of Robots, last year. Megan is always well dressed at work - like a true professional. She's dedicated to her family, where they are always connected to her heart. Megan is also addicted to Diet Cokes from McDonalds. I decided to draw her as a fashionably posed Daughter/Sister Bot with a soda—always linked to her family and thoroughly hydrated. 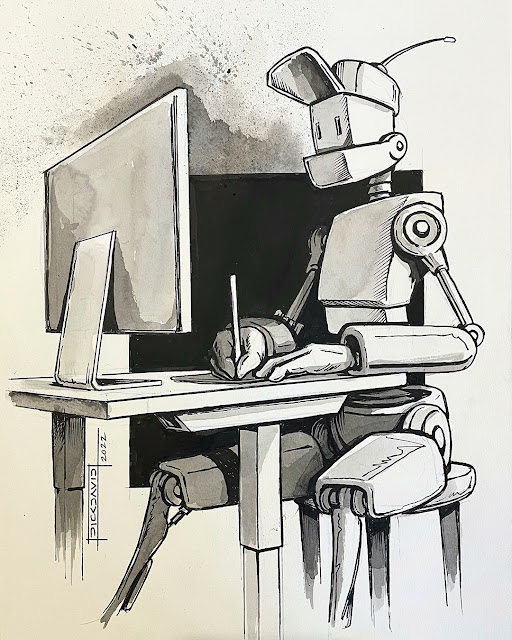 Next was Caleb Alba - Associate Creative Director at LAUNCH.  I haven’t worked with Caleb for very long, but I do know that he is an amazing talent and a great addition to the agency. He’s really nice, too—which is rare in the Advertising industry. Caleb is also a new dad, who’s super proud of his family. I decided to capture him as an Art Director, Graphic Designer, Illustrator Bot, hard at work on his next brilliant piece. 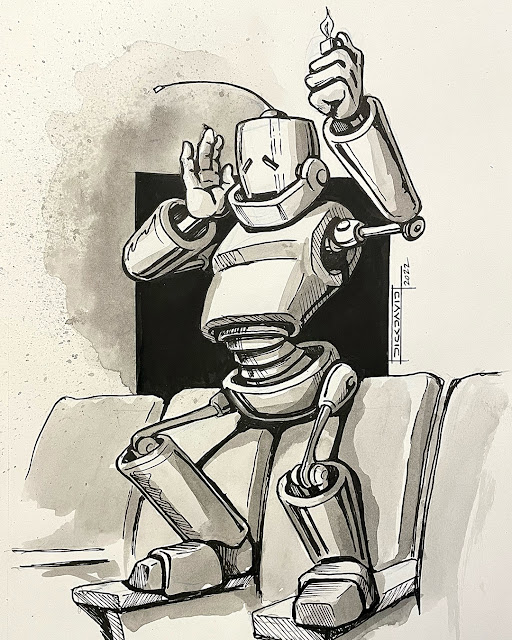 Next up was Andrew Reimherr. I was fortunate to work with Andrew and really appreciated his attention to quality client interaction. Andrew is also an avid concert fan, having been to many of them. I decided to capture him as an Encore Bot, ready to cheer his favorite performers into another set. 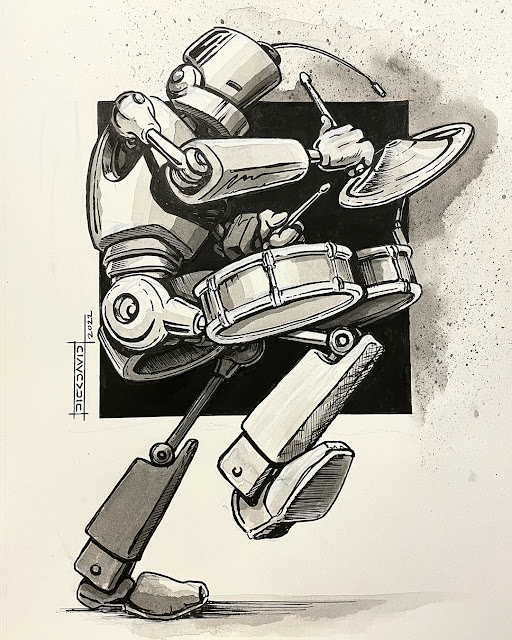 Finally, we have Isaac Swedlow @isaacswed - Copywriter at @launchagency I haven’t worked with Isaac for very long, but he’s already become a valuable member of our agency. He is an amazing talent and I’ve got great respect for what he brings to the the team.

He also has a great sense of humor. With his mini desktop drum set, he’s always ready to give a ‘rimshot’ to anybody in the office who tells a joke — especially dad jokes. I decided to capture him as a Rimshot Bot, ready to accent any punchline, tagline or headline.

I also did a couple of commissions. 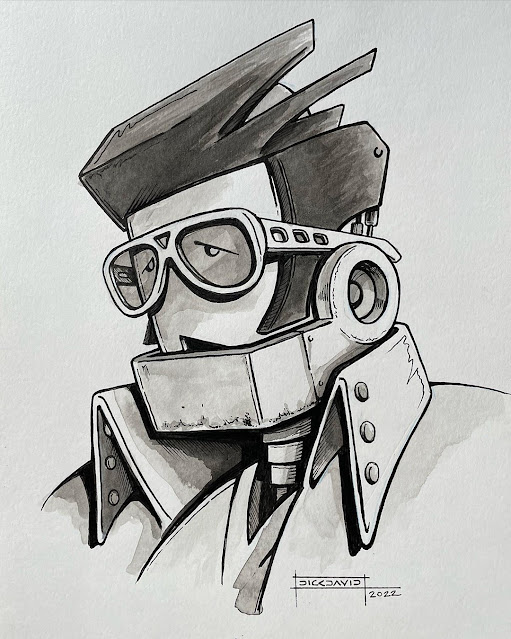 Here’s a commission I did for a tattoo. This person wanted an illustration of an Elvis Bot. They wanted it to honor their grandparents, who were big fans. It’s really cool that folks want my art on their skin. 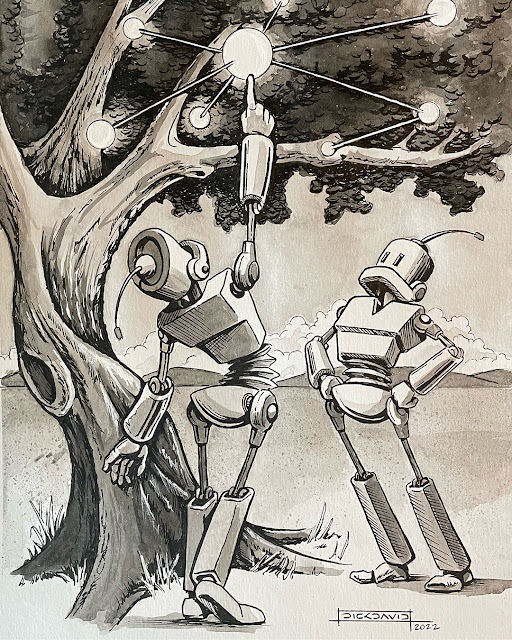 This is a commission that I was a little hesitant to do, because I didn't quite understand the concept. Fortunately, this client worked with me to develop the concept for the art. This is a Node Garden with Robots.