Here are a few more birthday bots. When we sign office birthday cards, I’ve tried to add a little sketch about the person being celebrated. Lately, I’ve been doing them virtually.

I'm playing catchup on a few VERY belated birthdays. I typically get these done for their happy day, but I was busy with work and a little burned out from #Inktober2020 — so I had to put them on the makeup list.

I’ve worked with Dean for a many years and respect him as a valuable member of our agency. He’s a brilliant Art Director / Graphic Designer and I often aspire to create as well as he can. Dean is also from England and a true Brit. So, I decided to draw him as a Brit Bot, with a Union Jack on his head, Dr. Martens on his feet, riding an iconic Mini Cooper. Happy BELATED Birthday, Dean! I’ve worked with Amy for a couple of years and respect her as a valuable member of our agency. She is one of the most talented Graphic Designers that I’ve ever worked with, and we are fortunate to have her on the team. You can see some of her work on her deign Instagram @amynortman.work or her website: amynortman.com

As a graphic designer, sweating all the details in her work. I decided to draw her as a Kern Bot, adjusting the spacing between type. Happy Belated Birthday, Amy! 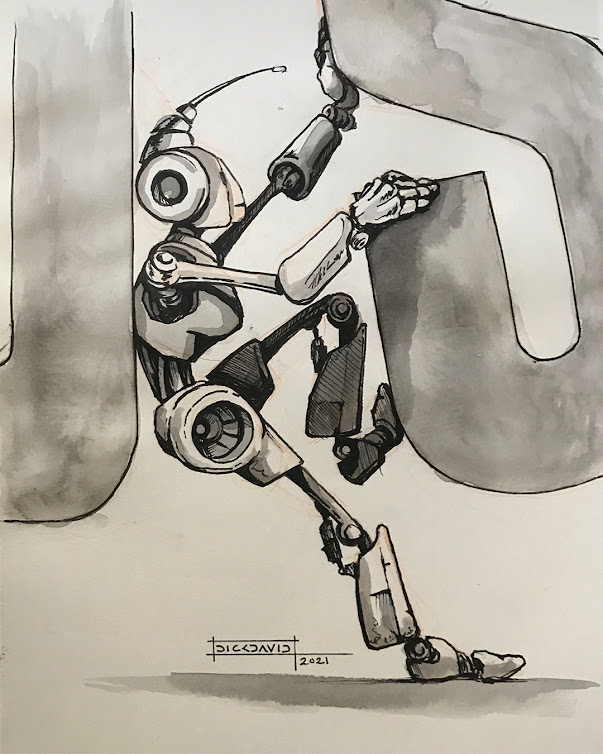 I’ve worked with Ray for a few of years and respect him as a valuable member of our agency. He is the one who keeps the finances and numbers right in a world full of left brained creatives, and we are fortunate to have him on the team. Ray is also notorious for honest and funny movie reviews, an expert on craft beer as well as a damn good golfer. I decided to draw him as a Golfer Bot, always hitting way under par. Happy BELATED Birthday, Ray! 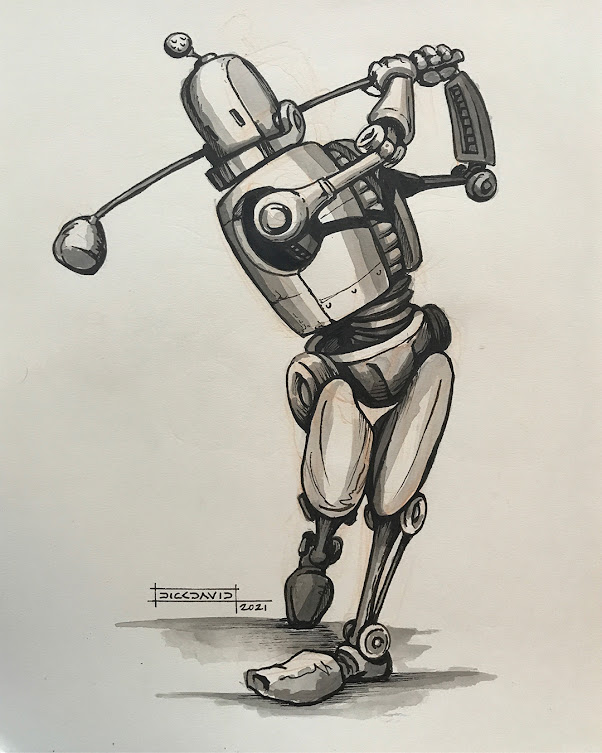