The End of 2020 and Inktober Burnout

With 2020 winding down, I couldn't wish for a year to end as much as this one. I did manage to get some good sketch time in. I really enjoyed my progress with this year's Inktober and playing around with some different media, including digital.

I got a little burned out during Inktober. In fact, I didn't make much art during November. Here are the few things that I got to work on to get myself back into it.

I saw this lady on the train—earlier this year, before COVID19 hit. Passengers on my commute have always been an inspiration for my art, so I try to keep them deposited in my creative bank account. 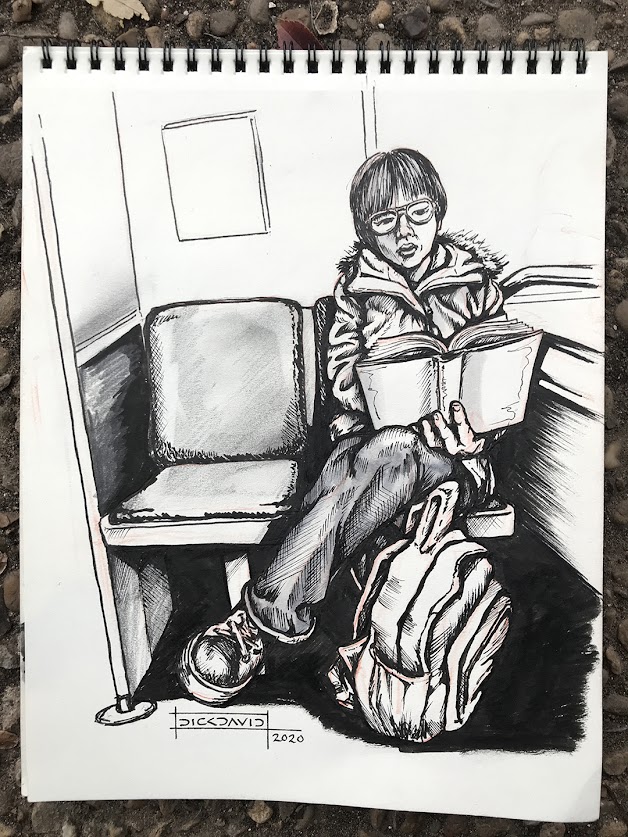 In desperation to break out of my post Inktober 2020 slump, I decided to throw down some robots onto the page. No narrative. No concept. Just getting my lines back. 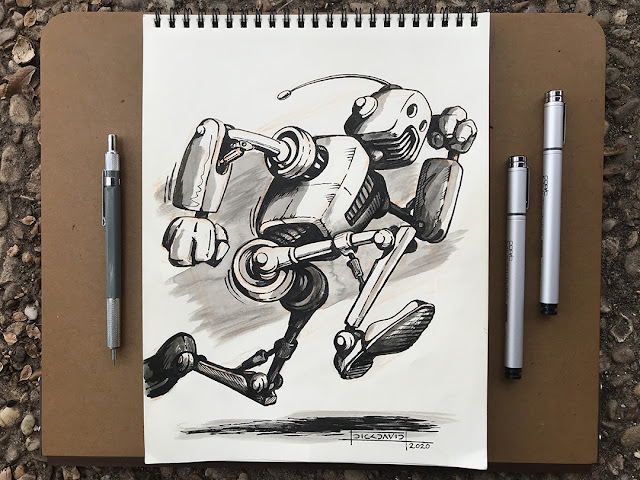 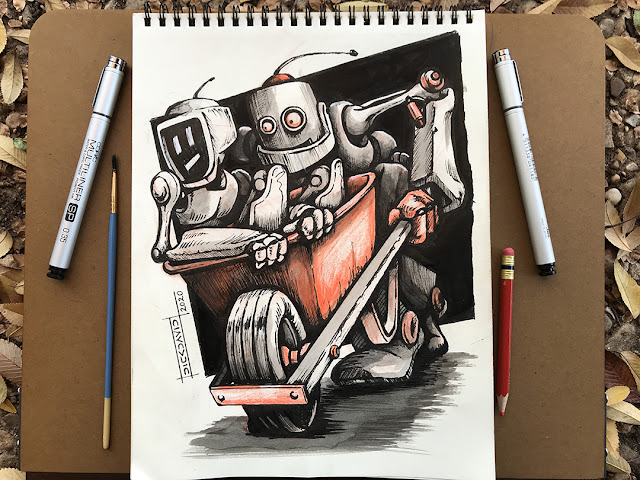 The not-so classic scifi movie Flash Gordon remake, from the 1980s, was on the other day. Frankly the Queen song is the only good thing that came from it. I am a fan of Diesel Punk or Retro Futurism rocket design and they did honor some of that aesthetic.
I started to think that another reboot is in order. This time with modern film techniques, a better narrative and more timeless production—while still holding on to the design language of the 1930s retro futuristic style. Also, still keep the Queen song.
As I was imagining a reboot, I thought that maybe they should rethink the character of Flash. Instead of the “idealistic" male of the 1930s, why not pick somebody else? In this sketch, I’m envisioning Flash as a strong, maybe black, woman who is more rugged than beautiful—a true savior of the universe. Apologies for the caricature nature of my drawing style. 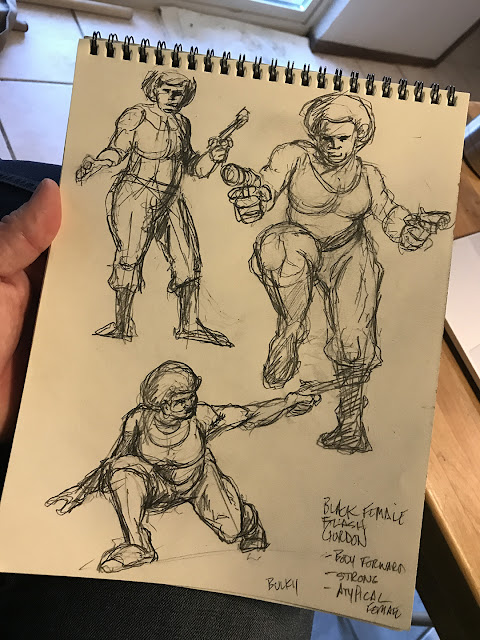 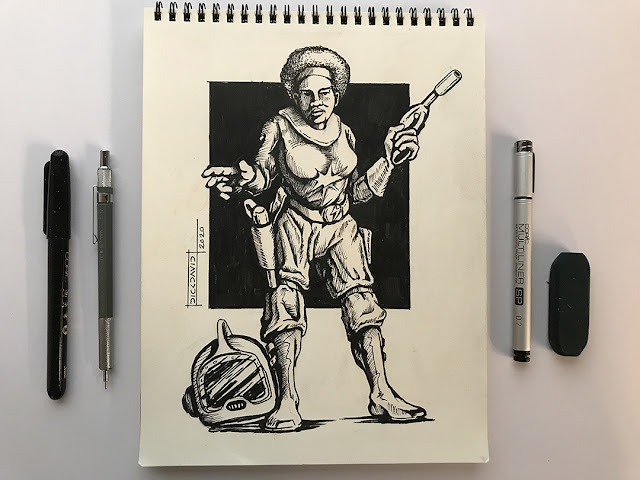 I am now the owner of a new Sketch Wallet. I plan to have this with me at all times, so that when inspiration strikes, I can get it on paper, before I lose it. 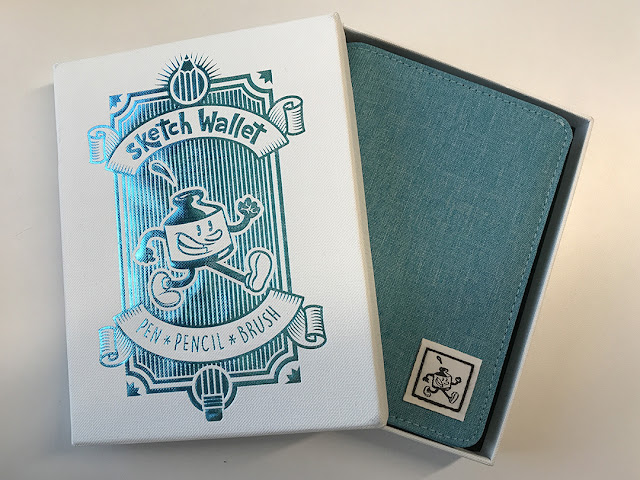 When breaking in a new Sketch Wallet you have to do a robot. 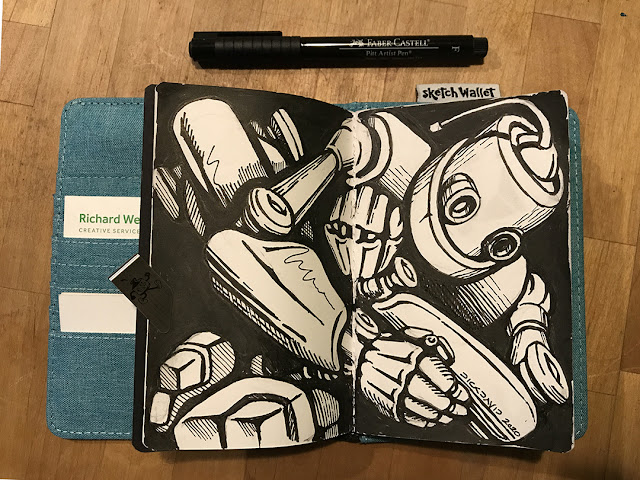 Finally, as I’m winding down the year, I wanted finish out my 2020 sketchbook. I’ve also been wanting to do some fan art of Jake Parker‘s Skull Chaser - in my style. So here he is, playing his own video game and getting the high score. 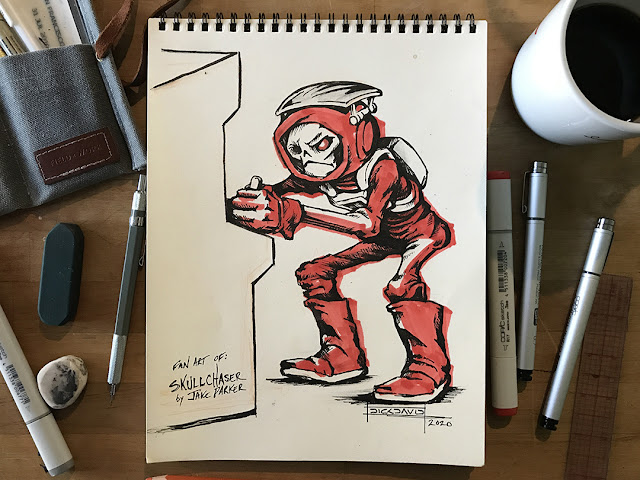 Of course, what do you do when the red marker from your previous drawing bleeds through to the next page? Perhaps a sketch of ol’ Saint Nick. Merry Christmas everyone! 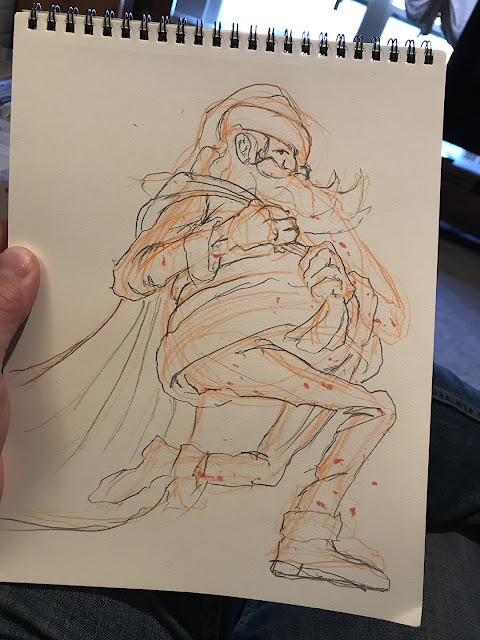 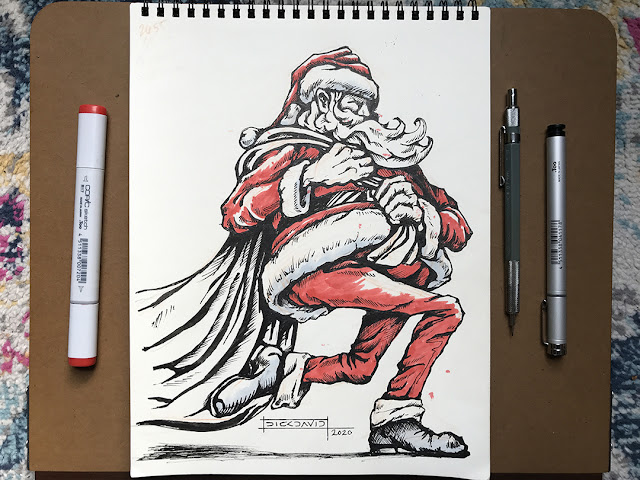