Rained Out - A Kid's Narrative on a Missed Launch

A few weeks ago, NASA and SpaceX was to launch the first manned rocket from U.S. soil, in over 9 years. The country's interest in space travel was renewed as astronauts Bob and Doug were patiently waiting for the final countdown. Unfortunately, the launch had to be postponed due to inclement weather. The conditions had to be perfect, and that day, they weren't.

As with most, I understood the decision to postpone, but was still disappointed. I could imagine Bob and Doug were even more let down. I decided to capture the narrative of this frustration in a sketch. Wanting to rush something out to connect with the moment, I did a quick and rough sketch of the astronauts as kids with a toy rocket, getting rained out. 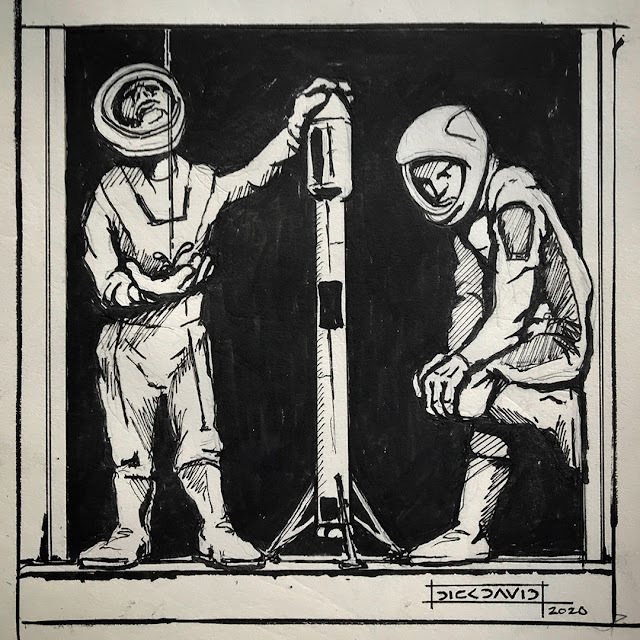 I wasn't happy with how it turned out. I was trying to articulate a more innocent disappointment, that perhaps a couple of childhood friends would have felt, getting rained out on their homemade rocket flight. So I made another attempt. This time, I took some time and started with a thumbnail sketch. 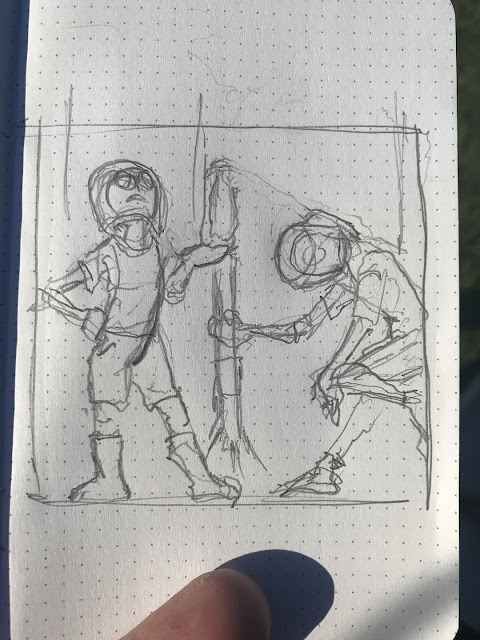 Then brought it into my iPad and made my new drawing in Procreate. 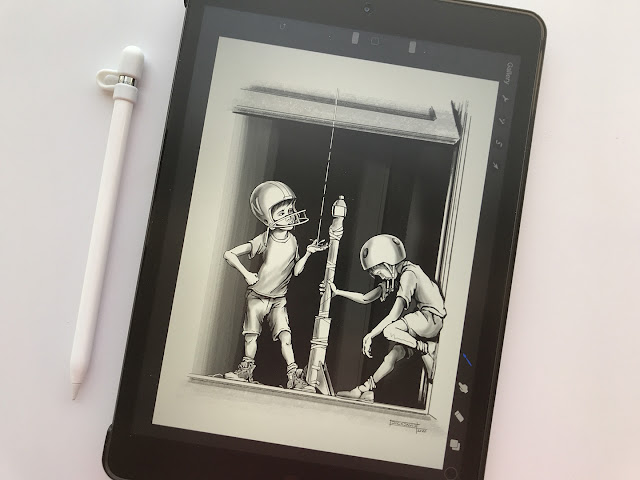 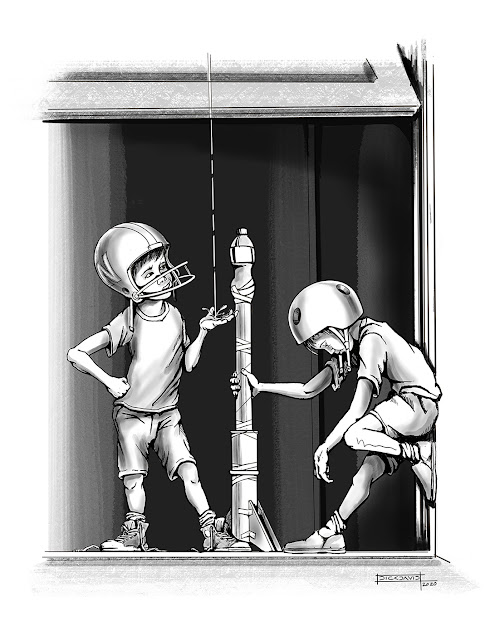