With the COVID-19 pandemic taking over the world and our lives, I decided to do a small series to share some of the lifestyle changes that were incorporated into our daily routine. I call this series PSAR: Public Service Announcement Robots.

The first was based on one of the early asks when the #covi̇d19 epidemic started becoming an issue, which was “wash your hands” frequently for 20 seconds. For those who can’t count, singing the Happy Birthday song, twice, is about that amount of time. The sad thing is, folks should have already been doing that. 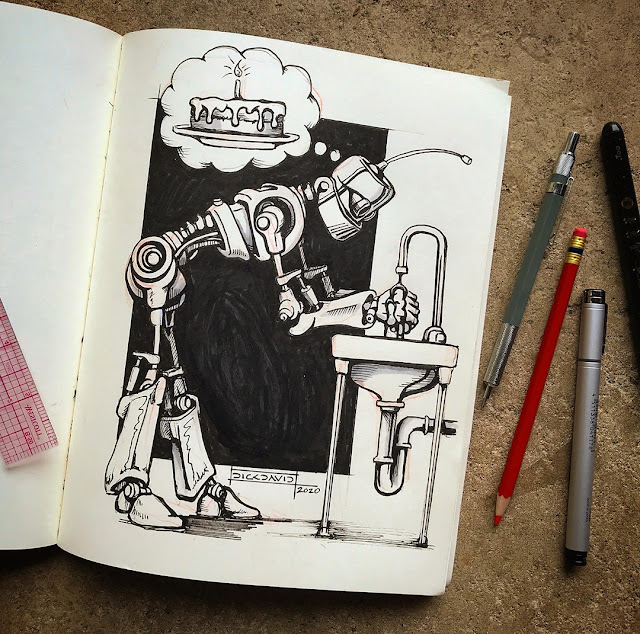 The next sketch was based on one of the next big changes that happened to most of us. Many states, counties and cities had issued “Shelter In Place” orders to #flattenthecurve and reduce the amount of exposure with each other. The goal was to get people to stop gathering in large groups. Schools were closed and people were asked to work from home if at all possible. I’m one of the fortunate ones who could. Video conferencing has become the standard way for students to learn and workers to communicate. The great thing about this, is not needing to be fully dressed to participate.

The sketch after that was based on another big change that happened to most of us. The CDC recommended that, if we do have to get out in public, we should practice “social distancing” and stay 6 or more feet from each other. The goal was to reduce exposure from folks who are asymptomatic, they may feel fine but might still be carrying the COVID-19 virus. The problem is, people can’t seem to figure out how far 6 feet is. 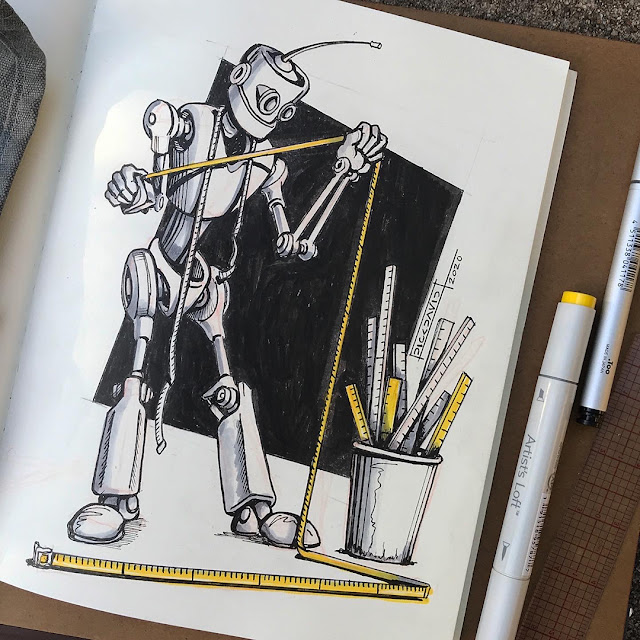 The last (for now) sketch in the Public Service Announcement Robots (PSAR) series was based on another big change that happened to most of us. It’s been recommended and now required that, in most public areas, we should wear a “face mask”  Again, the goal was to reduce exposure from folks who are asymptomatic to those that aren't. Of course some masks are better than others. 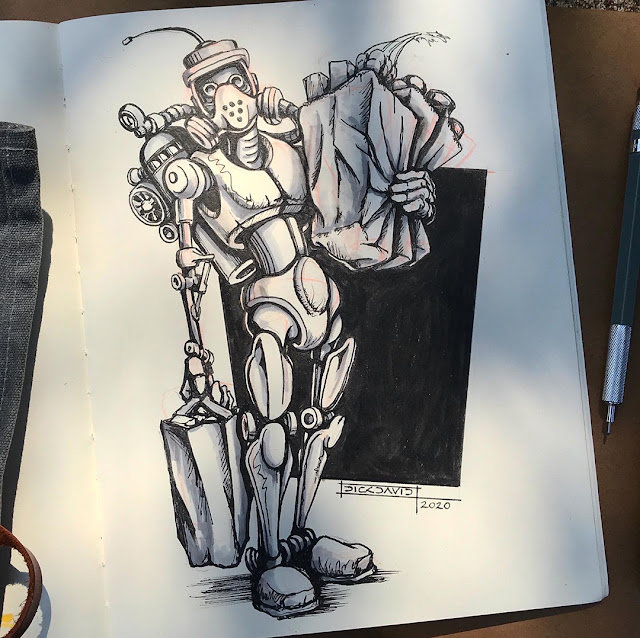