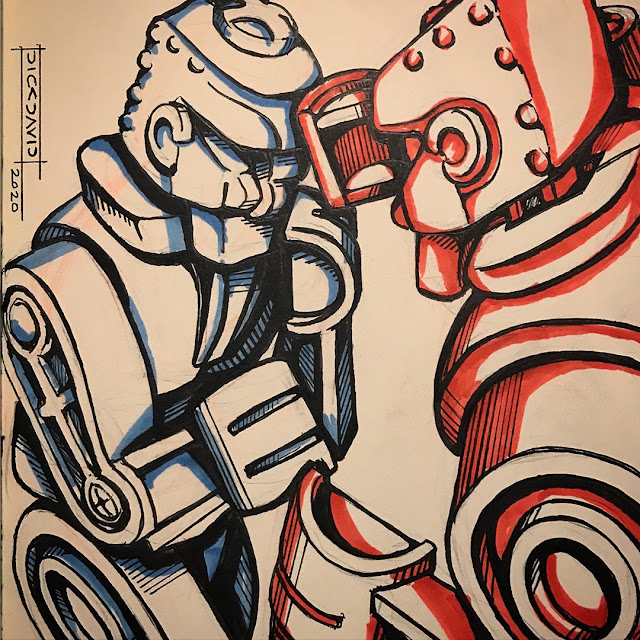 Rock 'em Sock 'em Robots was a toy I used to play with as a kid. Grab onto the handles move your robot around and punch the buttons with your thumbs. This activated the punching mechanism in the robots, which, if you were fast or lucky enough, would knock the other robot's head and force it to pop up. You win that round. It's was kind of a pointless toy that didn't take much to win, and you'd get bored after about 3-4 rounds.

However, It was iconic. Very few toys of my youth could leave me with such nostalgic memories, and this was one of them. There was something remarkable about the idea of controlling awesome looking robots and forcing them to duke it out for glory. It was the only way to beat on your big brother and get away with it. Of course, winning too much was a short trip to his frustration and a real punch to the leg.

Mattel, a toy making company who must have seen the market research of all the folks feeling nostalgic for their old toys or maybe found a new market in our kids, brought it back. I ran across one at a coffee shop, took a few pics of it and added it to my Creative Bank Account (a term coined and shared by Jake Parker). It became an inspiration for a sketch. 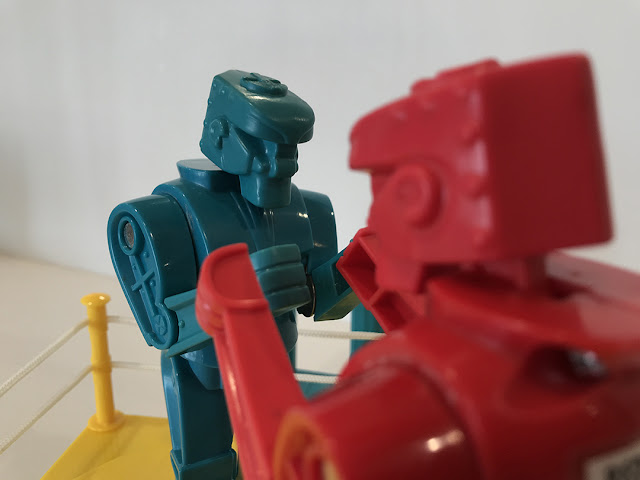 Here are some initial rough sketches, where I first tried to make it true to form. 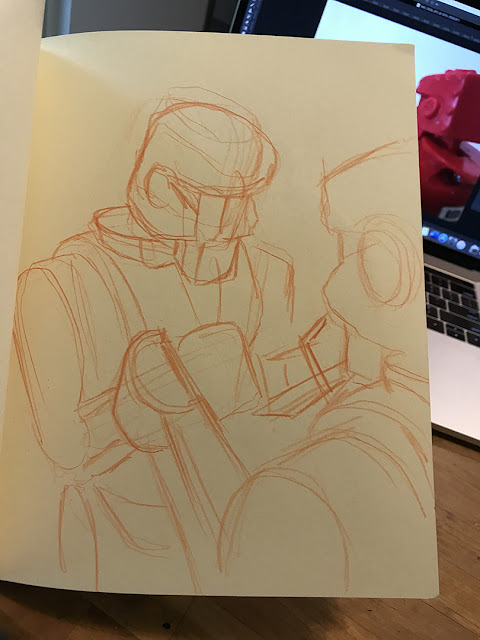 I realized that it was looking a bit stiff, so I opted to reference real fighters an pose my robots to feel slightly more real. 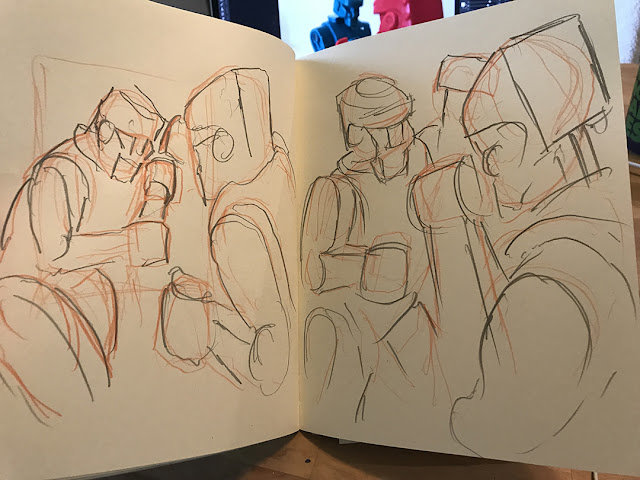 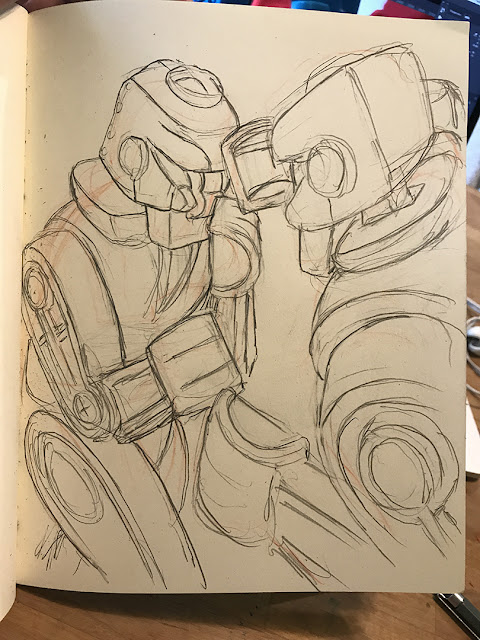 Once I got the pose I was happy with, I began to ink it. 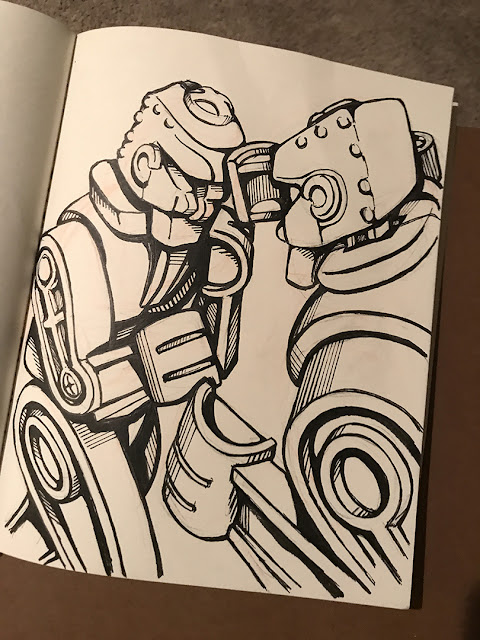 Wanting to hold true to the iconic battle between red and blue, I decided to add some highlight color: 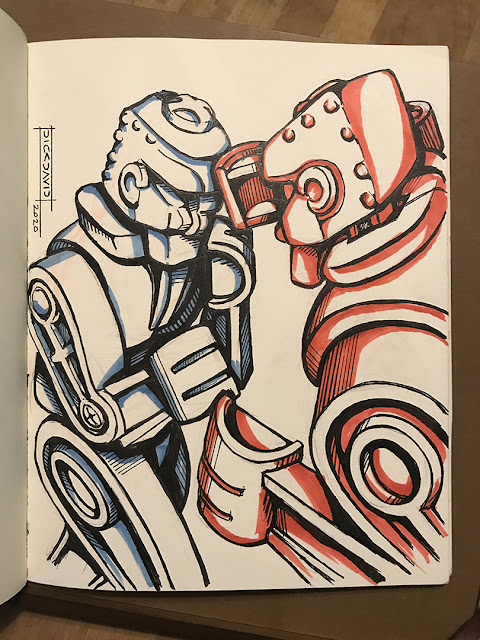